What to Do if You Think Your Child Has ADHD 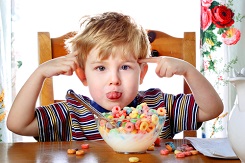 Your child is constantly moving, fidgeting, chatting your ear off for hours on end and having trouble focusing on tasks: What do you do? Is it possible he or she has attention deficit hyperactivity disorder, also known as ADHD?

According to the National Institute of Mental Health, ADHD often begins between the ages of 3- and 6-years old. Unfortunately, though, many cases are often misdiagnosed, resulting in improper or a lack of treatment.

In order to provide your child with the best care, it’s important to know the ins and outs of ADHD, including the symptoms, diagnosis and treatments available. This will allow you and a professional counselor or physician to determine the best course of action if your child does, in fact, have ADHD.

If you think your child may have ADHD, it’s important to understand the symptoms associated with each type. ADHD affects children in many different ways. In fact, the three types of the disorder determined by the U.S. Food and Drug Administration recognize the differences that exist in children with ADHD.

According to Dr. Mark Ritter, child psychiatrist and ADHD specialist at the FDA, parents are not always aware of their child’s ADHD until a person outside of the family or a teacher brings it to their attention. “An educator may see that a child is fidgety, has problems focusing, blurts out answers and they have to spend an inordinate amount of time trying to keep the child still and focus the child’s attention,” says Ritter.

According to Ritter, a test to determine if a child has ADHD does not exist. A diagnosis is determined after a health care professional compares a child’s pattern of behavior, established by the American Psychiatric Association, with input from the child, the parents, the nanny and educators who have observed the child.

The criteria as established by the American Psychiatric Association are as follows:

Inattentive: The child 16 and under must exhibit six or more symptoms of inattention for at least six months while also showing an inappropriate developmental level.

Hyperactive-Impulsive: The child 16 and under must exhibit six or more symptoms of inattention for at least six months while also showing an inappropriate developmental level.

In addition, according to the Center for Disease Control and Prevention, the following conditions must be met

If you suspect that your child may be suffering from ADHD, Ritter recommends making an appointment with your pediatrician for an overall check of your child’s health to rule out any other contributors to inattention.

0saves
Save
If you enjoyed this post, please consider leaving a comment or subscribing to the RSS feed to have future articles delivered to your feed reader.
← Resources at Houston Libraries for Parents and Nannies | 100 Places to Take the Kids in Texas →